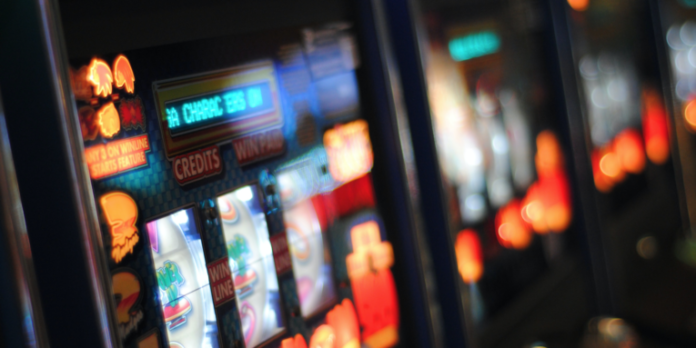 Hollywood movies have a certain way of portraying life which sometimes makes us think we know a thing or two about a certain topic. Even though all we did is we saw a movie about it. The motion pictures are sometimes so idealistic or simply, so cool, that we maybe just want to believe things are the way they seem on the silver screen.

Casinos are often depicted in movies, at least as a sideshow. This is because they can help a lot in building tension, make people cheer for the hero, or just be the perfect background for glamor and glitz. And, since many people in real life won’t ever have an opportunity to set foot in a real-life casino, they are prone to believe what they see in the movie is true.

But, while sometimes life does imitate art, there are many things in movies that simply don’t happen in real life. Today we bring you our 3 favorite misconceptions that people have only because they’ve seen it in more than one movie about casinos.

Las Vegas, NV is in a way one of the favorite locations if you are making a movie about gambling. It’s a legendary place no doubt. And it’s famous as such, in the whole world, mostly thanks to casinos. The second favorite, when the west coast is preferred, is Atlantic City in New Jersey.

If you saw Ocean’s Elven, The Hangover, or Sex and the City, where these places were chosen as the main characters’ destinations, you probably remember casinos as these glamorous places crowded with people. High rollers are regular visitors and there are even celebrities in VIP areas. Oh, and everyone is dressed according to the so-called black tie dress code – tuxedos and evening gowns.

If you loved casinos because this is how you imagined them, you’d probably be disappointed by reality. First of all, the black tie is pretty rare. It’s just not practical. Casinos do have dress codes, but often it’s more about a couple of don’ts that guests should be aware of, like no flip flops.

Additionally, not every casino is that glamorous and huge. They come in different shapes and sizes and can be small with just a couple of slots and other game options and with the same patrons every day, similarly to a local bar.

And if they are glamorous like in a Vegas movie, high rollers might not be such an often sight, not to mention celebrities. They also have slow days or slow parts of the day when they are almost empty, with just a couple of tourists walking around curiously rather than playing.

Cheating will get you beaten up

Hollywood usually shows us scenes in which big bad security guards are kicking and punching a guy who was caught cheating by counting cards for example. This is different from real life in more ways than one.

We have the famous movie 21 to blame for the misconception that counting cards is cheating. In reality, no one will beat you because you were counting cards. It’s not even against federal law. Most strategies shown as cheating in the movies (other than the above-mentioned card counting, there’s famous hand reading too, for example), aren’t really considered cheating.

And speaking of cheating generally, most movies show their heros as cheaters that are winning against the house which makes us like them more. Because who doesn’t want the casino to lose finally. But, you can research how to manipulate a slot machine all you want, or try to figure out the way to win a game of poker by cheating, the house will still always win. And if you are caught cheating, there will be police involved rather than a bunch of tugs.

Speaking of tugs, their presence and activity is probably a consequence of another movie misconception. Have you noticed how often a casino owner is a mobster or a criminal mastermind? It’s only logical that men with this kind of background would hire equally criminally involved bodyguards to deal with issues rather than the police.

While the mafia part is based on the reality that is Las Vegas’ dark past, casinos in real life are run by corporations like most businesses. Additionally, before opening they have to go through checkups that would hardly allow anyone with a criminal past to work there, let alone be the owner.

Croupiers/Dealers get huge tips and more

There are many iconic scenes from various movies featuring a dealer or a croupier. One of everyone’s favorites is from a James Bond movie called Casino Royale in which Bond, after winning a game, tips the dealer with $1 million. In case somebody thought this is based on real life, it’s not. Tips are expected and sometimes generous but never this much.

Another misconception about croupiers is about how much they are actually involved with the players, and how much time they have to speak or even advise the players.

In Bond movies we see them doing that a lot. In Austin Powers: International Man of Mystery the main character is even advised what to do by a dealer. And in a 1998 movie called Croupier, we see the main character- the croupier – communicate so much with two of his players that he gets emotionally involved with them.

In reality, the croupiers and dealers are mostly doing their job professionally and waiting to clock out. We’re not saying that their job is not interesting and like in other positions some days and some tips are better than others, but it’s never that exciting, let alone dangerous like the movies we mention here would like us to believe.

Movies can be a great window into some other world for the viewers, especially when it comes to things we simply won’t ever have an opportunity to try ourselves.

But, while enjoying the exciting scenes or seeing the characters finally win that poker tournament or the partner of their dreams, we should always keep in mind that movies are still just a result of someone’s great imagination.

A word of advice is: if you are going to a casino for the first time, don’t build your expectations based on Ocean’s eleven. Try to do research and find first-hand experiences online, or ask friends and family if they have some experience to share.